Melissa and I visited our friend Sami in Baltimore, MD recently.  During the trip we took the train into Washington DC to do some sight-seeing.  Melissa’s Aunt sent her a text message telling us to check out the Newseum because it is really cool.  She was so right.  All seven floors has so much to see and offer every visitor.

Some of the things that intrigued me the most at the Newseum were the pieces of the Berlin Wall & a Death Tower.

The Newseum has the two largest glass hydrological elevators in the world.  (The really are quite large) 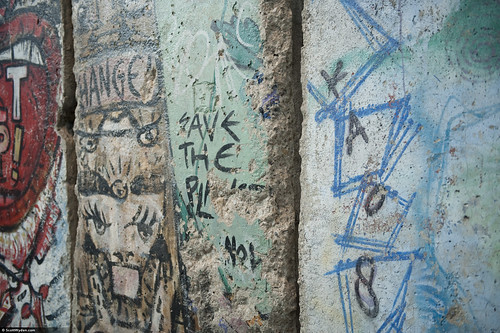 Another being the view from outside. What a stunning site in all directions. To the left is the Capital Building and to the right is more of Pennsylvania Avenue. 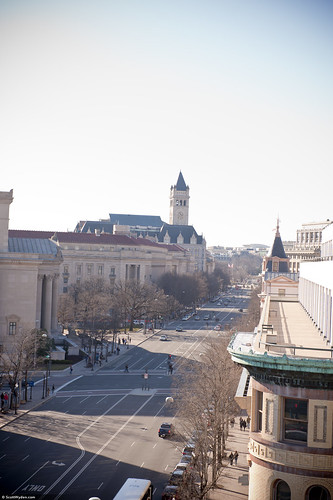 One of the hardest exhibits to see was the 9/11 one.  A room full of headlines from the following morning, an antenna from one of the towers, the equipment that Bill Biggart was using when the second tower fell and a short film about his tragic death. 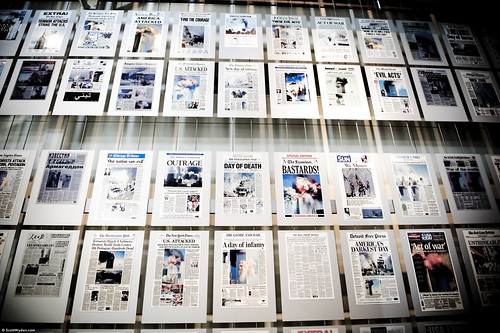 “10:28:24 a.m. on September 11th, 2001 was the precise second that photojournalist Bill Biggart took the final shot of his life. He took his last breath moments later when the North Tower of the World Trade Center collapsed upon him” 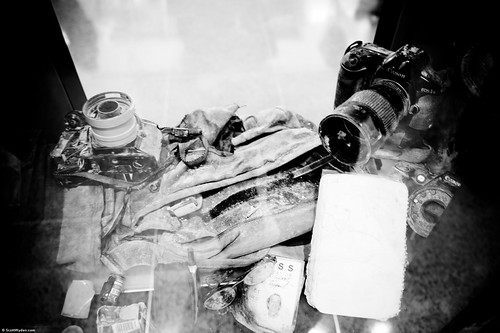 Other interesting things were more items from major headline news some remains of the van used in the Oklahoma City bombing, the Shack that the uni-bomber used to store his bomb making items, Mob weapons and outfits and so much more.  Reading and hearing about these things is one thing but to see them first hand to get an idea on just how bad they were is something else.

I hope the Newseum is there to stay and that is keeps growing in the right direction.  I think if the Newseum was around when I took my class trip to Washington DC so many years ago I would have been more interested in History and maybe my grades would have been better.

Thanks for reading and happy shooting,

This Is Not Marine One